Bérénice by Jean Racine at Odéon

HomeTheatreBérénice by Jean Racine at Odéon 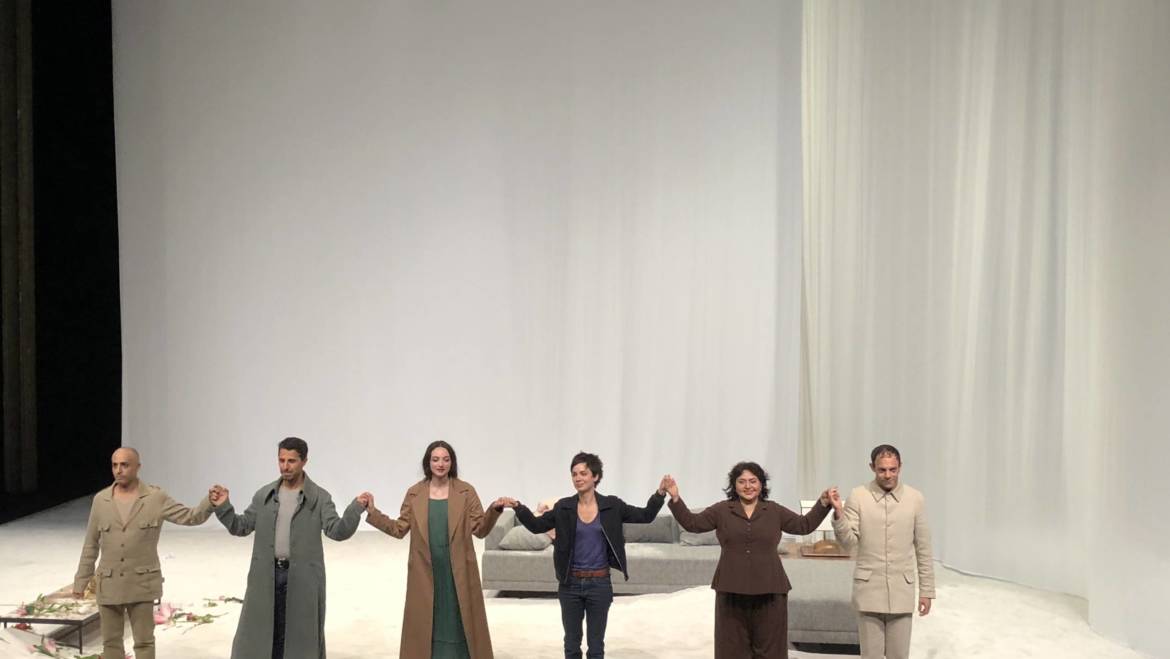 Finally a classical piece with a modern touch. I enjoyed every minute of this tragedy and the rhythm of the verses are still summing in my ears. During the performance I could not help asking myself what would I pick, power or love?

The play, faithful to the text is accompanied by the movie Césarée by Marguerite Duras. Célie Pauthe juxtaposed Racine with the film perfectly and I was riding the wave of the emotion in Odeon’s Ateliers Berthiers. 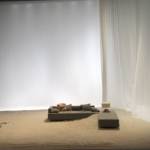 Usually I like when the decoration and settings change, but in this case the simplicity and the dialogue with the film enhanced the quality of the piece. Bérénice, the beautiful, tall Mélodie Richard wore a green dress. The color of hope, slightly transparent revealed her feminine curves and her stage presence was chilling. Titus, the man of her dreams offers her presents, but neither presence nor affection. He said that he would be lost if she died, but how truthful is that? Perhaps he doesn’t want her death on his conscience, but our Titus (Clément Bresson) is a power hungry man. The constant dialogues between the main characters and their helpers are intimate and touching. But before delving into that let me remind you of the story.

Hélas, the plot is simple. Because Titus’ father Vespasian has died, everyone assumes that Titus will now be free to marry his beloved Bérénice, the queen of Palestine. Madly in love with Bérénice, Antiochus plans to flee Rome rather than face her marriage with his friend Titus. However, Titus has been listening to public opinion about the prospects of his marriage with a foreign queen, and the Romans find this match undesirable. Titus chooses his duty to Rome over his love for Bérénice and sends Antiochus to tell Bérénice the news. Knowing that Antiochus is Titus’ rival, Bérénice refuses to believe Antiochus. However, Titus confirms that he will not marry her. Titus begs her to stay but she refuses both Antiochus and Titus. She and Antiochus leave Rome separately, and Titus remains behind to rule his empire. Will he be happy?

There are really three couples or main characters with their shadows and mostly two on stage. Bérénice and her helper Phénice (Mahshad Mokhberi) were incredibly complimentary. The tall, emotional, dramatic queen and the loving, wise and foresightful servant, whose loyalty was obvious. Titus and Paulin (Hakim Romatif) were the alpha males in the piece. Rome before anything! Antiochus’ helper was Arsace. Originally this role had been written for a man, but in Paris I met Marie Fortuit, a young, strong boyish looking girl. Her conversations with Antiochus were heart breaking. My personal favourite was when she tried to convince him that when Bérénice is told that Titus does not want her she will first cry and he should let her weep. Arsace appeals on Antiochus’ patience.

Arsace: Yes, grant her first some days of tears;

Let her first rush of sorrow run its course.

Then all will speak for you; her hate, her vengeance,

Absence of Titus, presence of yourself.

Time, and three kingdoms that she cannot rule

Your kingdoms side by side, the better joined.

After the performance I was lucky to have dinner with the actors and I sat opposite Marie Fortuit, i.e. Arsace. What a touching, energetic and ambitious girl! Somebody to watch out for-what will she do next?